S.T.A.L.K.E.R.: Call of Pripyat (wikipedia) was released in 2010. It's the third game in the popular S.T.A.L.K.E.R. series. Here, "stalker" is a term from a Russian sci-fi novel about twilight-zone smugglers.

I loved the first and third STALKER games. I did extensive analysis on Call Of Pripyat, which has never been released before now. Here it is, for your enjoyment: 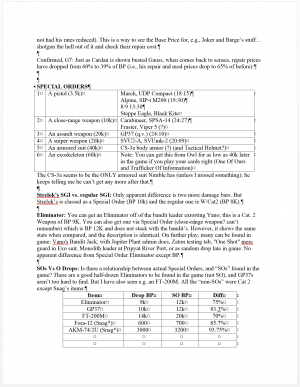 Screen cap of a page from my Word notes.

These are my notes as I progressed through the game. I won't make much sense to anyone else, or even me after all this time, but does show how I worked and how obsessed dedicated I was. 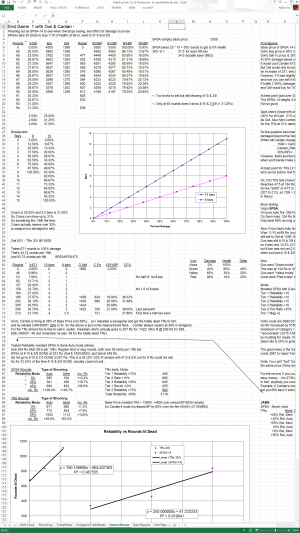 Screen cap of worksheet on weapon damage level versus resale value, one of many in my spreadsheet.

Spreadsheet with 17 worksheets of SCoP research

A ton of weapon and monetary functionality analysis. Spreadsheet here (235 kB). You're welcome!

Dataset of Items and their properties in Stalker: Call Of Pripyat.

Data fields for dataset of items and their properties.

Generally, Word and Excel are my scratch pads to figure out things in the game. Word for free-form info, and Excel more for tabular data or calculations. Then I use Access once I have a fairly good Excel table and want to work on it further. So Access generally has fairly refined info.

My thoughts on the STALKER series

This game was really hauntingly beautiful. Somehow everything clicks - the atmosphere, the fighting, the creepiness, the artifacts ... what an adventure. You're always so alone, but also so engaged. Kind of like life?

I once tried to replay the first game, Stalker: Shadow of Chernobyl, many years after it came out (circa 2013). Sadly I found that I had played it so much that I couldn't get into it. I tried mods to perk it up a little (like a flashlight and resolution mods), but somehow nothing worked.

The second game did not have the depth of games one and three. A quick ride; not in the same league.

Maybe some day I will play SCoP again.

Maybe one day when it's been so very long that I have forgotten it all. 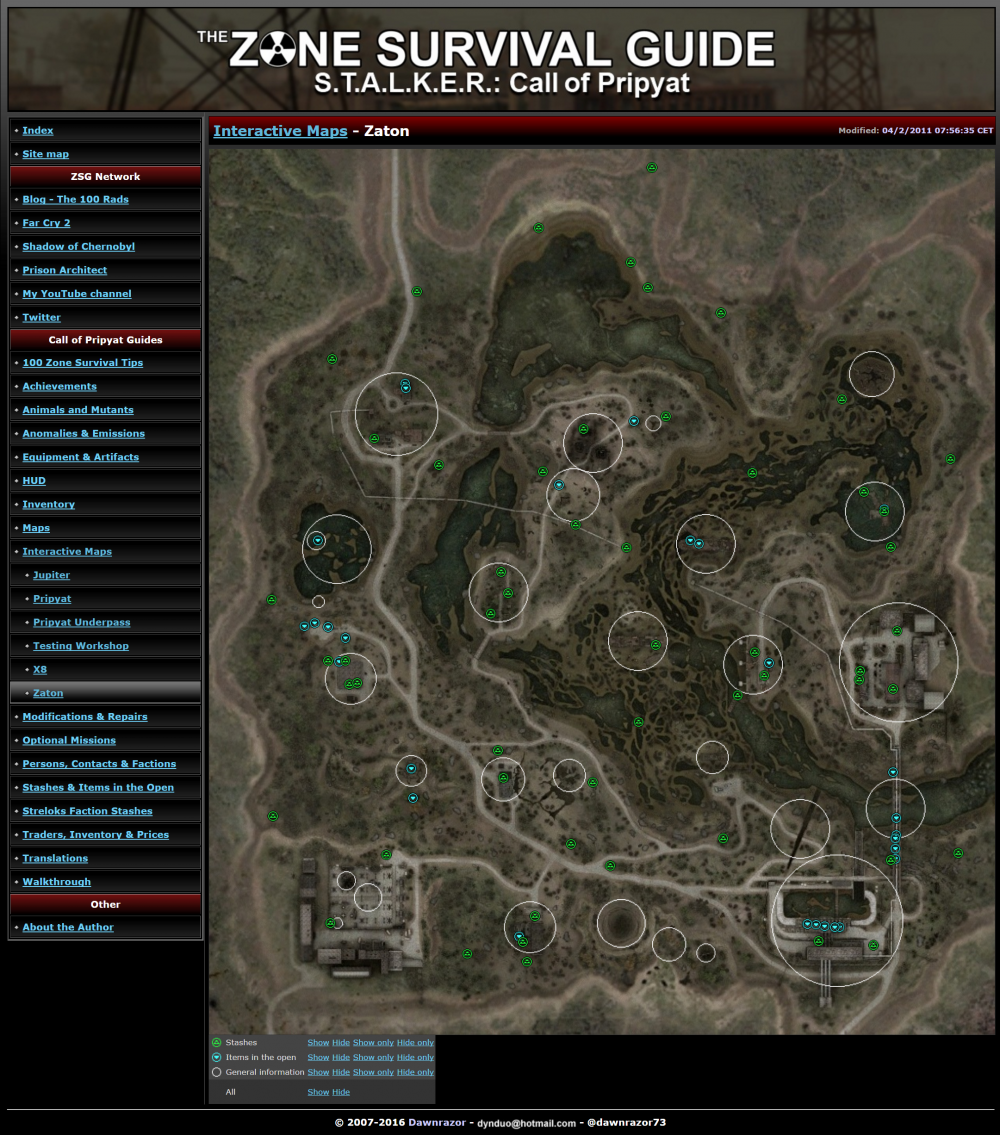 A most excellent map of Zaton from The Zone Survival Guide (cop.zsg.dk/Map_Of_Zaton.php). Thanks so much, Dawnrazor Thomas!
Retrieved from "https://mikefay.info/wiki/index.php?title=Stalker_CoP_Analysis&oldid=319"