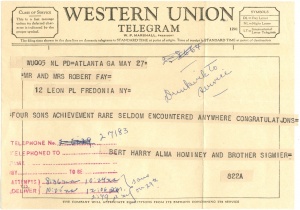 Example of a telegram. And a smart ass.

In one sense, this is a small thing. Still, I'm proud to contribute to Wikipedia, monetarily and editorially.

I've contributed to Wikipedia almost 100 times since 2005; I'm RedKnight7 there. Most of my edits are small, but I had fun with a few:

As for etymology, Y, Y', U, and V are not abbreviations. The use of the letter Y for luminance can be traced back to the choice of X Y Z primaries. This lends itself naturally to the usage of the same letter in luma (Y'), which approximates a perceptually uniform correlate of luminance. Likewise, U and V were chosen to differentiate the U and V axes from those in other spaces, such as the x and y chromaticity space. See the equations below or compare the historical development of the math. <plus three highly technical citations>

I helpfully pointed out that the odd-looking "nginx" (the name of some web server software) is just shorthand for "engine x". But a follow-up editor apparently did not know what i.e. (id est) means so he replaced it with "pronounced", then another objected to having two "pronounced" in one phrase, and wiped it all. And so ended the brief life of my helpful little addition. 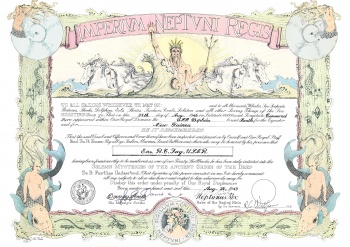 That's some real keystone cop action there, yet typical of public wikis. Sometimes it makes me wonder.